In an ongoing effort to visit more craft breweries in the state of Washington than anyone else (watch out, Bob - you know who you are), we set out to visit the breweries of the Fremont and Ballard neighborhoods of Seattle. We managed to visit twelve in a single day and we did it by boat. (Actually, mostly on foot.)

We cruised on a 2002 Formula 37PC from Lake Washington to Fishermen's Terminal, got a slip for the night, then set off on foot to Urban Family Brewing Company which specializes in the eclectic. Although they have a couple of IPAs, their focus is on experimental beers (mostly sours) using a variety of fruits. While sipping a flight of sours, we downloaded the app for an urban bike sharing program called Lime Bike. We found and rented a couple of bikes which allowed us to get to Hale's Ales, about 2.5 miles away.

There were certainly better routes to choose (via the South Ship Canal Trail or over the Ballard/Hiram M. Chittendon Locks) but we crossed the Lake Washington Ship Canal via the Ballard Bridge. The narrow sidewalks and opposing bike and pedestrian traffic made for a harrowing experience but the ride was free*.

Our route, first half:

We were certainly ready for refreshment by the time we got to Hale's Ales. We cooled off with a pale ale and a sausage and spinach popover. Bad Jimmy's Brewing was less than 500 feet away so we locked the bikes and left them at Hale's Ales. Bad Jimmy's is a small brewery housed in what feels like a large garage (or small warehouse) with a roll up door, small but comfortable patio, and lofted space with more than a half dozen pinball machines. We had the Cucumber Lime Blonde and broke out the quarters.

Our next stop was about a half mile away, Populuxe Brewing. They had a large selection of IPAs on tap. This is a good place to have a flight to compare the profiles of various hops. They also had a large, family friendly, outdoor space complete with two corn hole sets and an adjacent food truck. This was where we encountered our first Cycle Saloon which was a great endorsement for Pupuluxe. We were just glad we had ordered before they got there!

Next was Lucky Envelope Brewing which was just a couple blocks away and where we encountered our second Cycle Saloon. We were on a popular pilgrimage! This time, we weren't as lucky with the beer line. We shared a Blood Orange Session IPA while watching a couple of corn hole games in progress on their smallish outdoor patio.

From there, we made our way to Stoup Brewing. Stoup had a young vibe, crowded on this now early Saturday evening. This was clearly a popular spot. There, we shared a pint of their Mosaic Pale Ale - a good one. (Stoup Brewing was also the 100th unique Washington craft brewery visit since I started keeping track with the WABL passport. Cheers!)

A few blocks later, we were at Reuben's Brews. This place was really hopping! There, we shared an r&R Pilsner - a collaboration beer with Rainier Beer. This combination elicited an "ew" when I first heard about it. Nothing against Rainier Beer - iconic in these part of the woods. However, the thought of Rainier Beer reminds me of the cheap swill I drank many years ago. What I can tell you now, however, is that I highly recommend the r&R Pilsner. It's definitely worthy of your time. Speaking of time, it's time for me to reconsider Rainier Beer!

About a third of a mile away was Maritime Pacific Brewing Company which had large indoor and outdoor spaces and food. From there, we walked the half mile to  NW Peaks Brewery at the old Spinnaker Bay Brewing location. There, I would recommend the Eldorado Pale Ale. A short block away was Peddler Brewing which is not exclusive to cyclists. Rather, this place was busy with people using all modes of transportation. It featured a large outdoor space with corn hole and a food truck out back.

Crossing the Ballard Bridge again (this time on foot), we aimed for Rooftop Brew Co where they just celebrated their fourth anniversary. This is a small, family-friendly place that is, quite literally, located on a rooftop.

Our route, second half:

Even though we had snacked our way through the afternoon at several locations, we took a dinner break, feasting on a whole crab at Chinook's at Salmon Bay. Sated, we visited our last brewery for the day, Figurehead Brewing Company, only steps away. We sampled the Bigger Than Brown in this friendly and intimate spot and enjoyed the company of like-minded patrons.

The best way to visit a brewery is to sit at the bar and order a flight or a pint. Whoever is behind the bar, if not the owner, is likely to be very informative about their beers. You're also likely to chat with other patrons who are invariably friendly. But, if your goal is to visit as many breweries as possible, you have to pace yourself. Give yourself plenty of time, don't drive, and don't order full pints unless you're sharing it with someone. 10oz, 8oz, 4oz, or even 2oz options are often available. Remember to eat and drink plenty of water. If you're not feeling fine the next morning, you did it wrong. Or, spread out your visits. This tour would be easy enough if you spent a weekend taking the time to enjoy each brewery in turn. 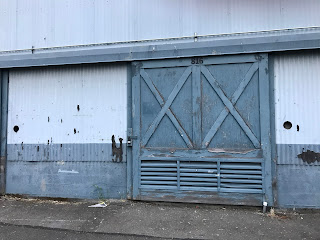 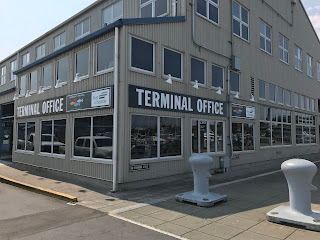 Washington craft breweries are becoming more and more ubiquitous. I finished writing this post at the Vancouver Library where, behind me, sits a man with a shirt from Bushnell Craft Brewing Company which is located in Redmond, WA.  We visited that brewery the day before this Brews Cruise but that's a different story.


*Use one of these promo codes for Lime Bike and your first three rides are free.
RNHCVMZ
RLMNY5A
No comments: Links to this post

Hubby to Father who is planning to visit: Don't come here. It's hot and smoky.

Father: Sorry, son. I thought you were saved.
No comments: Links to this post

Email ThisBlogThis!Share to TwitterShare to FacebookShare to Pinterest
Barista: Can I get a drink started for you?

Me: No, thanks. Just a pound of coffee beans today.

Barista: Old school, huh? Tell me: how do you do it? Do you just dump the beans in and push a button to make coffee, or what?

Me: No, I have separate machines: coffee grinder and espresso maker. I can only make coffee one cup at a time.

Barista: That really is old school.

Me: The machine is made by Saeco but I bought it 15-20 years ago when it was sold under your label. 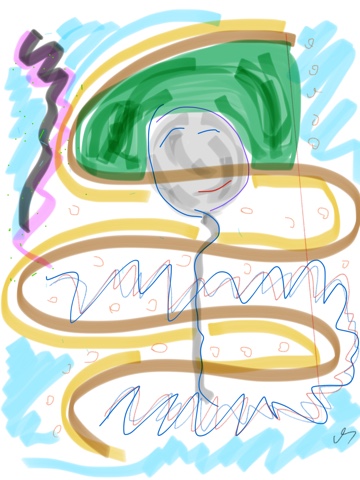 ... but they can tell the temperature. According to the Farmer's Almanac:


To convert cricket chirps to degrees Fahrenheit, count the number of chirps in 14 seconds, then add 40 to get the temperature.

This was verified by


Dr. Peggy LeMone of The GLOBE Program (a science education program funded by NASA, NOAA, NSF, and others). . . .

However, she concluded that temperature was more accurately measured by chirp counts at 13 seconds plus 40.

The ones who cannot tell neither the time nor the temperature end up here.
No comments: Links to this post

How would that work anyway?

Barista: Are you an undocumented immigrant?

Barista: Can you prove it?

As for the Conference, I didn't attend. I'm still practicing.

While I wasn't able to find the answer to my query, a quick search on the internet revealed that static in coffee grinding is a common problem. Cook's Illustrated offers that the only thing to do to get rid of static is give the static time to dissipate on its own:


" For medium-grind coffee (appropriate for a regular drip coffee maker), grind the coffee, wait for 5 minutes, and then remove the grind chamber from the machine. "

The most interesting (and most expensive) solution was a Zerostat 3. Cool.

I wonder if Amazon sells a holster that I can attach to my bathrobe.
No comments: Links to this post

From the Desk of Captain Obvious

WSU study suggests pot use relieves stress
No comments: Links to this post