I used to think Starbucks lattes were laced with crack which was what made them so addictive. I can't say one way or the other if there's crack in there but I can tell you, there's a whole lot of sugar.

Compared to what? I usually order a double-tall soy latte whenever I order coffee. At Starbucks, that means 210 calories and 21 grams of sugar according to their nutritional information. When I make it at home, I use Kirkland brand vanilla soy milk. According to one website, that translates to 100 calories and 7 grams of sugar. I'd look at the package but I'm all out of soy milk and my local Costco isn't too keen about restocking it.

Getting my latte at Starbucks means more than double the calories and three times as much sugar. Still, 21 grams of sugar doesn't seem like so much. If I ordered a soy latte with whole milk, I'd still get 19 grams of sugar (for only 30 calories more). Interestingly enough, there's 19 grams of sugar in instant cocoa, according to WebMD. Also,

I'm not sure about the math, though. Starbuck's website says a 12 oz soy latte provides 50% of the daily recommended intake of calcium. The other website says an 8 oz serving of the Costco soy provides 25% of the recommended calcium. Presumably, part of the 12 oz latte is made up of coffee and, last I checked, there is no calcium in espresso.

Interestingly, you would only get 160 calories and 10 grams of sugar if you ordered a double-tall soy latte in Canada, with the same 50% of recommended calcium. I never could figure out the metric system.

Costco hasn't restocked their soy in several weeks so I've been forced to get my lattes at Starbucks.

And now I know where my muffin top came from.
No comments: Links to this post

The Olympia Brewing Company had the right idea. You have to start with good water to make a good beer. Regardless, good water is generally a good idea. If you're making something that requires water as a basic component, however, it isn't always apparent that the quality of the water would make a difference. Especially, if you can't necessarily taste the difference in the water all by itself. Or, if the other ingredient(s) might be considered to have an overpowering flavor or quality.

I recently reported that I got a new, used, coffee maker for my Portland-area apartment. I love the coffee I make in my Seattle-area home so I was thrilled to finally be able to make a rich cup of coffee at my other location. It was definitely better than what I was drinking before but it wasn't quite right.

I figured the problem was the cheap grinder I bought when I suddenly ran out of ground coffee one day. I had a cache of beans but no grinder. In a pinch, I bought the first (and only) burr grinder that I came upon at Fred Meyer. Otherwise, I would have had to forgo my cup of joe the following morning and as we should know by now, gentle readers, that was wholly unacceptable.

My brother recently told me he uses bottled water in his coffee maker and when a well-intentioned individual used tap water one morning, he could tell the difference. It never occurred to me that the water could make a difference when it came to making strong, black coffee. I always thought it was all about the coffee.

I conducted an experiment. The next time I traveled to my Portland-area apartment, I imported Seattle water (Brita filtered tap water) and ground coffee using my Seattle-based grinder. I put them both in my Portland-based coffee maker and voilà! I had the best cup of coffee I've had in three years outside my Seattle-area home.

The next day I used coffee ground in my $30 Fred Meyer grinder with the Seattle water. It was still better than what I was drinking before but it wasn't as good as Seattle-ground coffee with Seattle water. This led me to conclude that I need to either continue importing Seattle water and pre-ground coffee or I would need to build a coffee pipeline between my two locations.

I'm working on a grant application to fund the pipeline project because I think Congress might be in the mood to fund such a thing. In it, I address ecological concerns thusly:


Leaks from the pipeline won't kill anyone, won't explode, and will only marginally affect groundwater. You might end up with some agitated salmon but it probably won't kill anything. Except, possibly, rust and/or weeds. Further, it is anticipated that a coffee spill may even serve to counter the effects of earlier oil and/or gasoline spills and would behave, in this instance, as an ecological eraser. It is anticipated there is a less than one tenth of one percent chance that this coffee pipeline would rupture concurrently and in the same vicinity as a collision involving a truck carrying ice cream, cookies, and/or chocolate. However, I would personally oversee the cleanup in such an unlikely event.

Full disclosure: I don't live in Seattle. I live near Seattle so I make no representations with regard to Seattle water. What I do represent is that water does make a difference.
No comments: Links to this post

I get oil spills in the Gulf are bad. Burst pipelines are bad. Long trains full of oil are hazardous. What I'm wondering is how much is leaking under my house. Or yours.
My first house used to have oil heat. The tank was underground and we had to get it decommissioned before we sold the house even though it was converted to gas heat long before we bought the place.
My current house has gas heat and I'm guessing that the guys who installed it weren't rocket scientists. In fact, when we had a gas dryer installed in the old house I kind of remember they tested the gas connection by spraying soapy water on it. Not very sophisticated.
My point is there's a human element involved in all this leaky business and with so many homes relying on gas or oil for fuel, we could have a huge exposure of leaking fuel right below our feet.
Doesn't grab headlines like a train on fire though.
No comments: Links to this post

Weather warning for those of you on the Right: It's raining on the Left which wouldn't be news except I just passed a house where they're building an ark in the front yard. A loud, booming voice kept saying something about cubits.

All this weather is probably headed your way. If it's below freezing where you are, you're going to see snow and if all this rain is any indication, you should probably stock up on Spam.

Tax season is in full swing which probably doesn't help my elbows any. It's not yet a 24/7 schedule, but things are getting pretty busy around here. So much so that I hardly have time for goofing off although I'm thinking about it all the time. It may be time to hire a professional surrogate.
To top things off we need to move again. It turns out our landlord in our Vancouver location is crazy and she's asked us in no uncertain terms to leave. Fortunately, we have a lease so she can't kick us out but it's clear we need to find something else.
We're tired of moving every year so we're thinking of buying something down there. The problem is timing. We just don't have time for house hunting, furniture buying, and moving. Not until after April 15 so we could have another couple months of an uncomfortable living situation.
I had a minute so I thought I would touch base to let you know that all is well, all things considered. Just busy.
No comments: Links to this post

Elbow recovery has been slow. 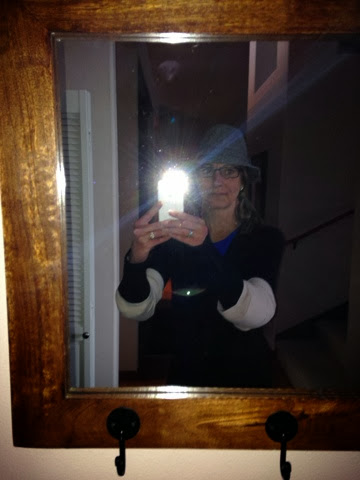 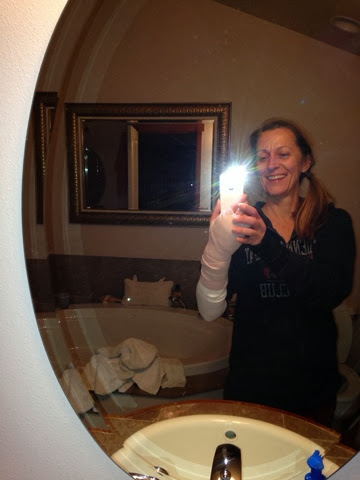 Heard this was a good movie. In case there's a quiz later on, this is what it's about.
No comments: Links to this post

Are we on the map now?

Seattle Public Schools reported that more than 13,000 students and 565 teachers were absent from school Wednesday morning, most likely to join the estimated 700,000 screaming, joyous, freezing fans at the Seahawks victory parade in downtown Seattle.

We give our kids the day off for snow, sun, or Seahawks.
No comments: Links to this post

And Seattle was flashy on special teams, with Percy Harvin’s 87-yard kickoff return to start the second half putting it up 29-0, essentially sealing the deal.

We live within walking distance of the Seahawks training facility and we drive by its entrance every day. Yesterday, people were taking their pictures in front of the sign that marks it.
There were still people taking pictures in front of the Seahawks sign this morning. At 6am.
Don't ask what I was doing driving by that sign before sunrise. Suffice it to say I have a long commute.
No one can really call it a good game but folks around here aren't concerned with that. Today, people are driving to work with smiles on their faces. Metro buses have "Go Seahawks!" in lights where their route numbers ought to be. People are in a good mood and no one is blue this Monday.
Go Hawks! We'll see you in Glendale next year!
No comments: Links to this post

Just a couple of things to keep in mind as you watch the big game today. First, if you had a very large retail space wherein you sold wall receptors for two- and three-pronged plugs, you could call it the Outlet Mall.