Witness the birth of an iceberg


" This iceberg broke off Greenland’s Helheim Glacier on June 22. If laid atop New York City, it’d stretch from lower Manhattan to Midtown. "


" The 1729 British Husbandman's Practice claimed that 'The Heat of the Sun is so violent that Men's bodies at Midnight sweat as at Midday: and if they be hurt, they be more sick than at any other time, yea very near Dead'. It therefore advised men to 'abstain all this time from women' and to 'take heed of feeding violently'. "

This guy's in trouble.

Because something like this could happen. And did last night. 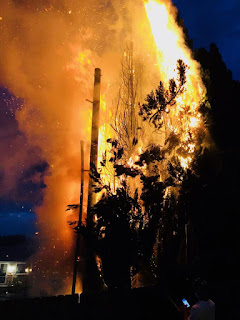 We were invited to a friend's house last night to celebrate the Fourth of July. She lives at the end of a dead end street next to a couple of large empty lots. In one, a small group (looked to be a family) set up their own party with lawn chairs and coolers. And fireworks.

One of their explosives didn't work as advertised. As I understand it, the firework in question was designed to spin on the ground and then shoot upwards. Instead, it shot sideways and landed in a tree behind our friend's house. 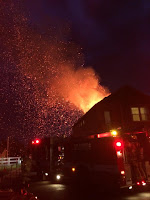 I saw it streak across her back yard, just behind her fence. Immediately after, a man ran from the vacant lot, across her driveway to her back yard. I thought it odd but didn't know anything was wrong until we saw smoke which was only a short minute later.

Our party evacuated the premises and waited at the house across the street as for firemen to arrive. The men went around back to do what they could with garden hoses. The women comforted the children, most of whom were scared and crying.

The fire spread quickly to neighboring trees and, eventually, to a utility pole which also caught fire, causing the power line to fall. PUD was called. A man with a professional-looking video camera appeared on the scene but no news truck.

Meanwhile, neighborhood fireworks continued all around us. 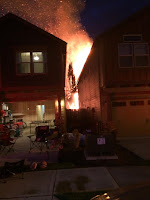 Here's the kicker. After PUD and the fire department left, people from our own party started lighting off their own fireworks. To their credit, they spoke with the firemen beforehand and asked their advice on the safest place to shoot them off. The street in front of the house was indicated.

By this time, the children had stopped crying and the events of only moments before were entirely forgotten. (Cake will solve most problems.) Fireworks ensued and the kids were thrilled.

On with the show, I guess. Next year, I'll stick to my own back yard where fireworks are illegal. 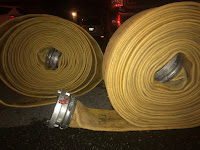 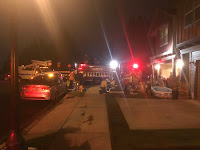 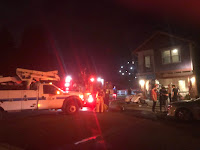 Not A Second To Lose!

June 30th was like any other day. Maybe you noticed.

Paris, 09 January 2018 Bulletin C 55 To authorities responsible for the measurement and distribution of time INFORMATION ON UTC - TAI NO leap second will be introduced at the end of June 2018. The difference between Coordinated Universal Time UTC and the International Atomic Time TAI is : from 2017 January 1, 0h UTC, until further notice : UTC-TAI = -37 s Leap seconds can be introduced in UTC at the end of the months of December or June, depending on the evolution of UT1-TAI. Bulletin C is mailed every six months, either to announce a time step in UTC, or to confirm that there will be no time step at the next possible date. Christian BIZOUARD Director Earth Orientation Center of IERS Observatoire de Paris, France
No comments: