In my world, every day is coffee day.
No comments: Links to this post

... and bring back common sense!

I just got a check in the mail for 17 cents from my insurance company. I have no idea why. I was thinking about using it to make my grocery list. Instead, I think I'll send it back to them. See if someone's head explodes.

I used to have a bus pass for King County Metro. I go there often enough that it made sense for me to have one with a small pre-paid balance. I had used it up all up about year ago so went online and loaded another $10 to the card. Just a few weeks ago I went to use the card and was informed there was no balance on it.

I looked into it and found my credit card had been charged the $10 so I asked King County Metro where it went and found out they have a Use-It-Or-Lose it policy. If I don't use the card within 60 days of loading money to it, they just keep it for themselves. But, just for me, they would re-apply the $10 - provided, of course, I use it in the next 60 days.

I don't live there, I explained. Was there another way to activate the card? Sure, they advised. I could also go to a retail location where Metro cards are purchased or reloaded. Doesn't that defeat the purpose of buying it online? Not only that, I don't live there.

Could the money be refunded? Why, yes, we can refund that. The fee for that, however is $10.

I have another bus card for where I live which, until recently, was on a bus line. This was quite handy especially since I sold my car. I can get to almost anywhere I need to go on foot or by bicycle but every once in a while it was nice to be able to take the 5-minute bus ride into town. So, I bought a pre-paid card for Clark County as well.

This system worked well until the first of September when the route that went by my place was discontinued. Now a 5-minute ride is a 30-40 minute journey. I don't suppose they'll refund the unused balance of the card.  Maybe I'll donate it somewhere. Along with a check for $0.17.
No comments: Links to this post

This, somehow, strikes me as funny.


" Chicago residents and businesses will face a new tax on their water and sewage usage next year to help shore up a pension fund for municipal employees. "

Push Ups for a Cause

I'm doing 22 push-ups for 22 days and posting about it on Facebook. It's one of those "viral" internet things designed to raise awareness, in this case, of the 22 veterans who commit suicide each day. This is an important issue of which we need to be aware. It's sad and it's shameful that so many are unable to get the help they need. This is true not only for our veterans but also for the 96 other people -  civilians - who commit suicide each day.

According a report by the Office of Suicide Prevention, an average of 19 Veterans died per day by suicide in 2001. This number increased slightly from 2001 to a high of 21 per day in 2010, with a subsequent decrease to 20 per day in 2011 and remaining stable since that time. In contrast, the average number of civilian adults who died by suicide each day has increased steadily from 62 per day in 2001 to 93 per day in 2014. According to the Centers for Disease Control, suicide is the 10th leading cause of death in the United States.
The Office of Suicide Prevention also reports the risk for suicide was 21 percent higher among Veterans when compared with U.S. civilian adults in 2014. This calculation takes into account statistical adjustments that I am not prepared to discuss. The point, however, isn't to minimize the significance of veteran suicide with statistics - or push-ups. The point is veteran suicide needs to be part of a larger discussion because suicide affects us all.
No comments: Links to this post 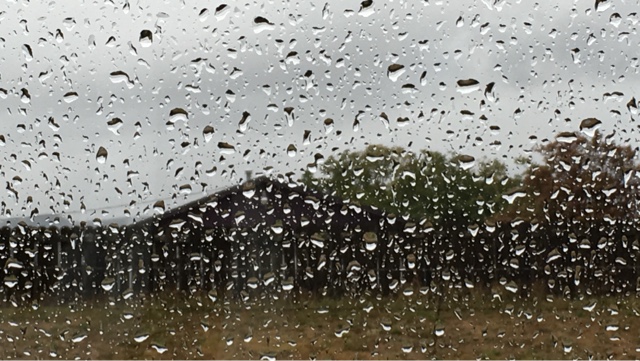 Fashion is something I do not get. If I look put together, I can assure you it was either accidental or someone else picked my outfit. Take, for example, longs. Longs are anti-shorts, longer than pedal pushers but shorter than floods worn, if ever, by men made fashionable in the late 60’s by my father. And, maybe one other dude spotted earlier this year in a Walgreens parking lot.

Pre-ripped? Ripped, torn jeans used to be earned, not purchased. You had to wear them until you wore them out. Of course, when that happened, they ripped at the knee or butt. The fabric didn’t just open salaciously at intervals along the thigh.

Imagine my surprise when I came upon designer acid-washed, pre-ripped boyfriend longs. (Who washes their jeans in acid?)

Without thinking, I grabbed a pair along with a pair of skinny jeans and sought out a dressing room.

Skinny jeans are another concept I haven’t come to terms with. In my day, we just called them tight. I seem to recall soaking new jeans in a bathtub in an attempt to shrink them to perfect tightness. A) I have no idea why. B) It never worked.

Now, you can buy them “skinny.” So skinny, in fact, no living human being can actually wear them. They are a result of an overstock of pants from another planet of stick people shipped to Earth by mistake.

I managed to get a pair on as far as my knees, then seriously considered laying down and calling for help to get them back off. (Thankfully, I managed without assistance.)

And, then, I don’t know how this happened, I bought them - those $80 boyfriend longs. The tight ones. With holes in them. They’re uncomfortable but Hubby described them as cute weekend jeans.
He had me at “cute” but weekend jeans? I couldn’t even imagine a weekend when I would wear these. Travel? A restaurant? Visiting friends? (Maybe.) I could wear them to paint baseboards but are you kidding? I’m not wearing $80 jeans to paint! (Also, have you met me? Not a chance you’ll find me painting baseboards!) So, now I have uncomfortable pants that I can’t wear anywhere.

But “cute,” he said.
And since I work from home, they’re my weekday pants. (Why wait for the weekend?) Definitely, a move in the right direction from yoga pants (on a good day) or pajamas!

At least, they’re fashionable.
No comments: Links to this post