The beach known, quite possibly only to Google Maps, as Surprise Beach made its first appearance of the year just in time for the Summer Solstice. You can just see the slightest sliver of it above. (If you look up Surprise Beach on Google Maps, you can see at least one photo of what the beach usually looks like.)

As the river returned one beach, it took away from another. Just recently, the river claimed a sign belonging to Beaches Restaurant which is just out of frame, upstream from the above image.For 22 years, the sign stood atop a group of pilings outside the restaurant, about 150 steps from my front door. We used it as an unofficial depth gauge to see how high the river was. I don't know how high the river was when the photo (found at link) was taken. At its high, the river reached the bottom of the phone.

The river also threatened to take these two pilings which are currently home to a pair of nesting osprey. (You have to zoom in real close to see an osprey on one piling. The nest is barely visible on the other.) They wobbled and swayed at the higher depths and currents. The pilings remain but a horizontal perch that was just atop the nest is now missing.

The river is down about 7 feet from it's high of 17+ in March. If you scroll back through some of my posts (here, for example), you can see that the river was up over the sidewalk (a short distance downriver from where these photos were taken).

If you zoom in real close on this other image you will see a rock near the base of another piling. (All three images were taken from the same vantage point.) We are confounded by the fact that this rock looks exactly the same as when the river was 7 feet higher. We walk by this point every day. This photo was taken yesterday but the rock looked exactly the same in March. We can come to no other conclusion than this rock floats.

That's biggest surprise of them all. 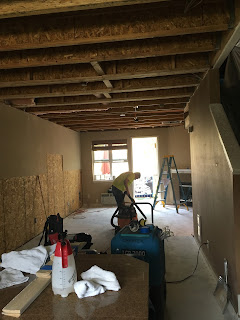 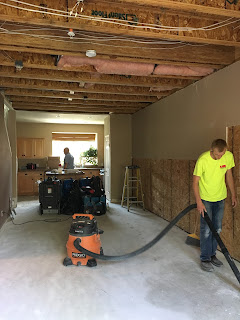 Thankfully, this is not our condo. The above is the neighbor's condo. The extent of damage in our place is minimal by comparison.

Upside: We've been thinking about updating our base moulding anyway and since half of it's been ripped out the living room, we might as well do it now. And if we're doing that, we might as well update the flooring - go to hardwoods. Perhaps, we should update the kitchen flooring while we're at it. (Wait, that was the good news?)

Downside: Insurance doesn't cover the upgrades, not that I expected it to. But I did expect it to cover the damage. At present, our condo still looks like these pictures because we haven't reached an agreement with the insurance company on the cost to repair.

So far, the adjuster, from his office 350 miles from here, thinks it should cost about $1500 to restore the condo to it's previous condition. Meanwhile, the contractor, who has actually been here, thinks it'll run about three times as much. I'd be irritatated but we didn't have to move out like our neighbor did.

As it happens, the neighbor (and her roommate) have moved back in but their furniture has not. They have use of their kitchen, bedrooms, and bathrooms only. Meanwhile, the insulation, which is only on our side of the common wall, has not been replaced. Which means, we have become very friendly with one another.


Neighbor's pipe burst in the common wall yesterday. She was having a new washing machine installed on the third floor of her condo when the pipe burst flooding the two floors below. Luckily, our damage will be somewhat minimal although a contractor is preparing to rip out the bottom two feet of our second floor living room wall so the space behind it can dry out. Water damage to the den and garage walls on the first floor was also detected.

Our neighbor, on the other hand, is having to replace the second story ceiling and the laminate flooring she recently had installed.

I don't mind the damage so much as dealing with the insurance people.
No comments:

Some of these are funny....

... and some make perfect sense. But "Wisconsin"? 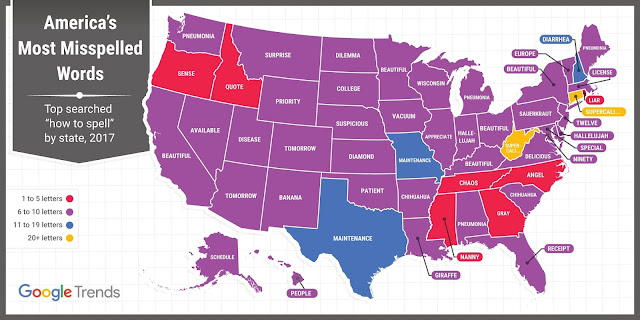 I'm not sure what we're talking about here either. 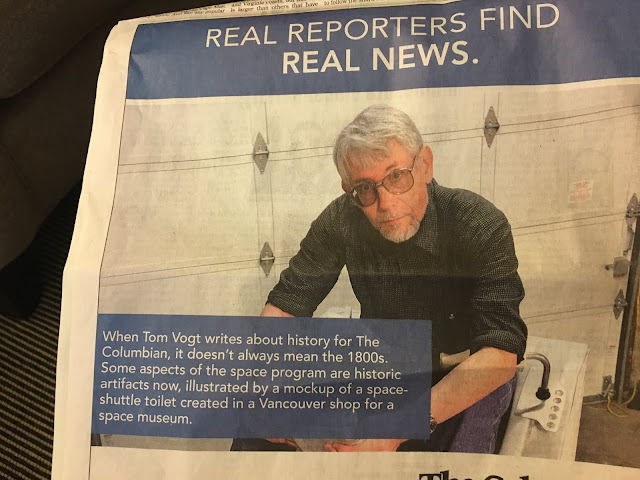 Not sure what we're talking about here. 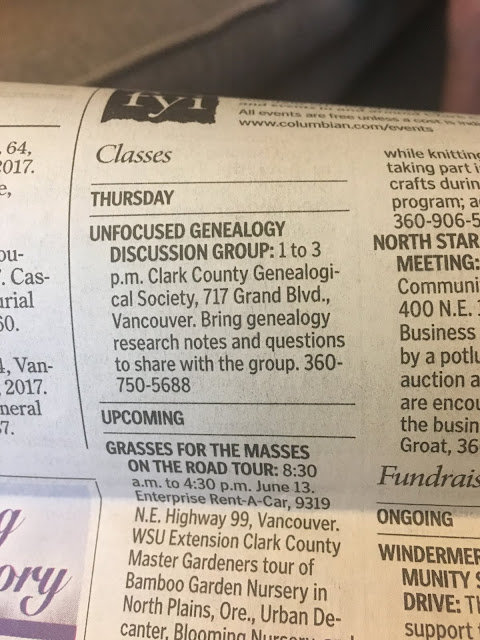