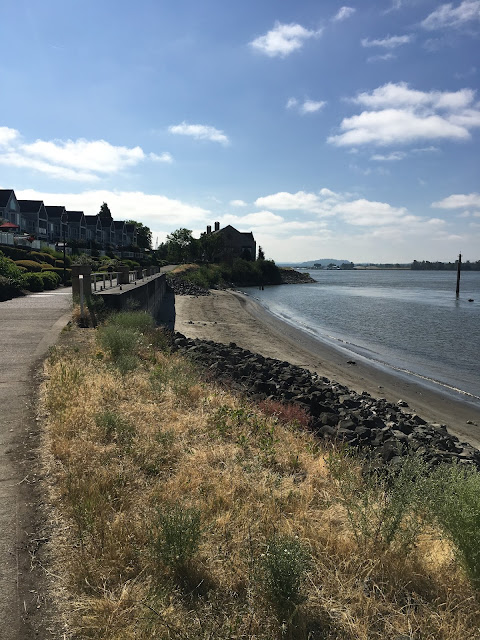 The beach is back! Back in March the river was at 17 feet and up to the sidewalk at this spot and over the sidewalk just behind where this photo was taken. Now, the water level ranges between four and six feet between low and high tides which is about normal.  Meanwhile, the rock next to the piling at the far right side of the frame looks about the same.

The osprey nest (if you're falling along) appeared to be in great peril this morning, rocking violently. The chicks had better fledge soon or they may not get a choice about it. Even if they survive their first flight, I will be shocked if that perch is still here when it comes time to lay eggs again next year.