Bowman is wearing a Monsanto hat. It's probably an ironic gesture, but in fact, he's been a pleased and loyal customer of the company's seeds. He thinks the genes that Monsanto inserted into soybeans are just great. They let soybeans survive the country's most popular weedkiller: glyphosate, also known as Roundup. He can spray that one chemical to get rid of the weeds without harming his crop.

This is an interesting topic and one that's worth discussing but I'm not going to do that here. I got distracted by the name of Monsanto's general counsel. It's David Snively.

Doesn't Snively sound like a great villain name? Especially one that represents big corporate interests? It reminds me of the character Snidely Whiplash on the Dudley Do-Right show.

So I typed "Snively" into my search engine and got this. 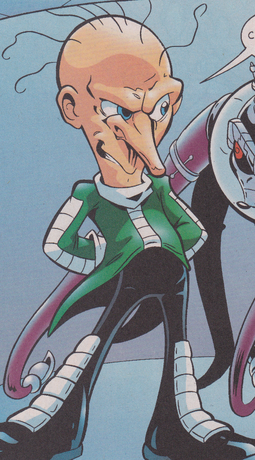 What I love is that there's a striking resemblance to the actual dude:

Good luck, Farmer Bowman. Looks like you're going to need it.

Lynn C Dot
Beer hunter, furthering my knowledge of beer, searching out new experiences, and sharing adventures with others.