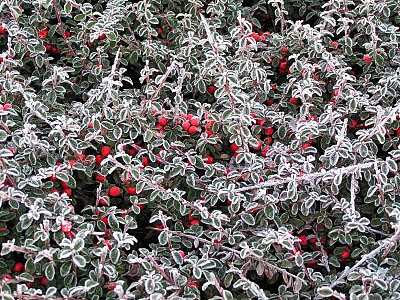 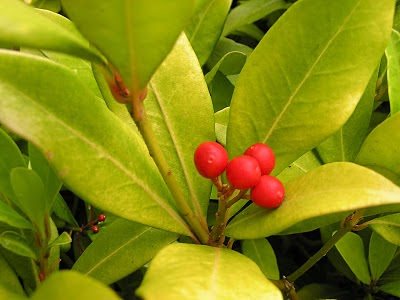 One of the problems of goofing off all week is having to make up for it on the weekend and you can see how well that's going so far. Further, a downside of belonging to social clubs is the expectation that you will be social. It's been an exhausting week of holiday parties and holiday bazaars and now I'm paying the price.
To be truthful, I was only involved in one holiday bazaar but it seemed like several and it was a partial disaster. I agreed to bring red and green sugar-coated butter cookies made from a recipe that has been in the family since forever. I decided that for the freshest cookies, I should wait until the day before the bazaar to make the cookies which is exactly when I realized I couldn't find the recipe. It was there the day before, I promise. I obtained another copy of the recipe just in time to discover the sugar in my pantry was really flour. This necessitated a late night trip to the grocery store and frantic mixing of dough the following morning. I found that red and green sugar crystals were hard to come by but, fortunately, I only had to go to two stores to complete the shopping list.
I made five dozen cookies before I tried even one and when I finally tested for quality I found them wholly unacceptable. The only way I would sell these cookies would be anonymously. Still, I couldn't bring myself to share them. My stepson pronounced them fit for human consumption and so he got them all. Sucking up to the cook never hurts.
The other project for the bazaar was to produce cards (of the greeting variety) from some of my photos. I printed a total of sixty on card stock and sold some as a collection of six for five dollars, with smaller cards sold individually for one dollar. I sold twenty-one (with envelopes).
When printing the cards, I had some expectations of what would sell and selected my images accordingly. I favored winter themed photos and boating related photos and was completely surprised when I sold none in those categories. The images above were selected for the winter cards. There were fifteen of the first image, and five of the second, all of which came home with me (which is to say if you receive one of these from me in the mail, you are receiving a reject).
All of the boating-related cards had captions on the reverse side indicating where the photo was taken and I thought that would interest the boating-related audience that made up the shoppers at the bazaar. They were smaller cards, sold individually for one-dollar. I only sold one of these but I didn't keep track of how many copies of each image I printed so I'm not entirely sure which image sold. I thought these would have sold better considering the bazaar was at the yacht club.
I thought wrong. The images that sold best were from my Fallen collection (on the Photos page). I selected five images, printed four of each, and sold them all. These were, in fact, some of my favorite images but ones that I thought wouldn't sell because we are beyond Fall and I printed them on a darker card stock which (I thought) did not enhance the image. Who knew?
Live and learn and better luck next time. It was a fun experiment and I look forward to trying it again. In the meantime, I should probably get to work.
(I've published the rejected photos are on the Photos page.)